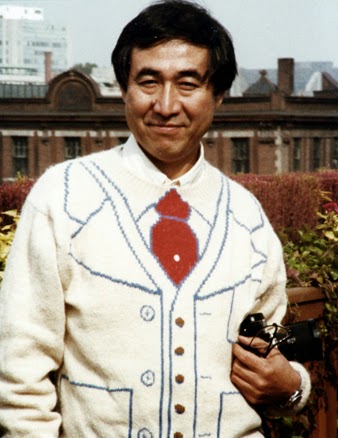 A recent graphic design assignment has availed me to discover and rediscover some great artists in graphic design.  Shigeo Fukuda being one of them. 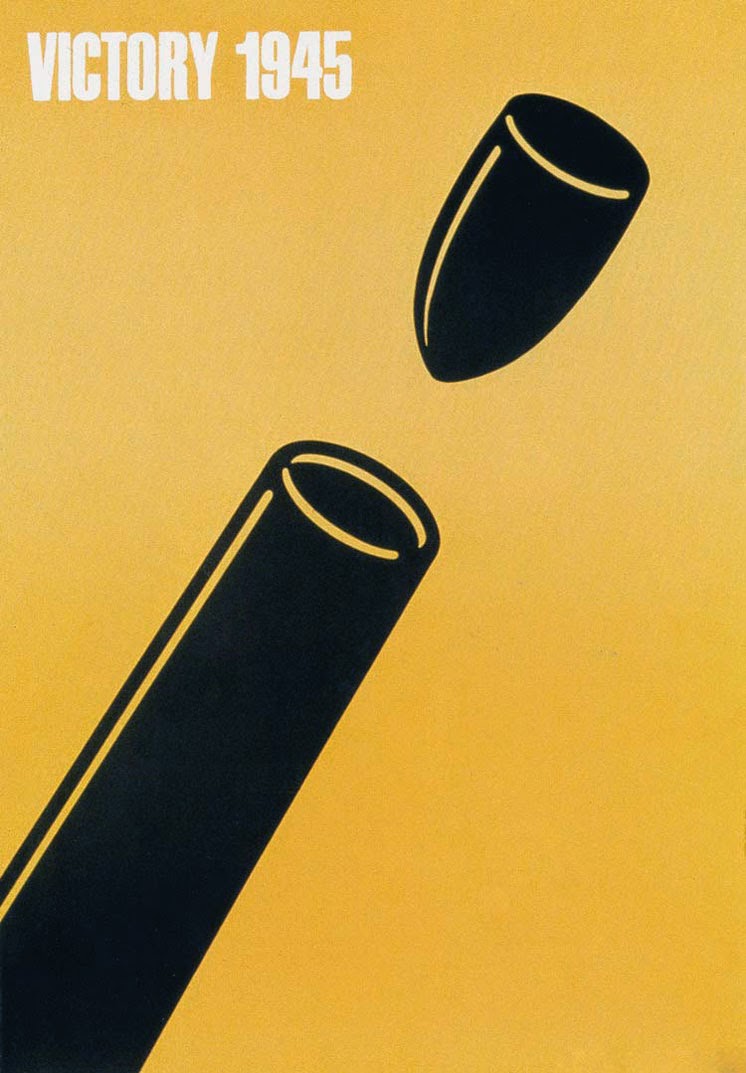 Victory 1945 is perhaps one of his best known works.  Awesome, simple and effective commentary.


Fukuda has a very stark and compelling sense of design that could make someone say, "a Japanese Saul Bass"  but Fukuda takes it one step further. 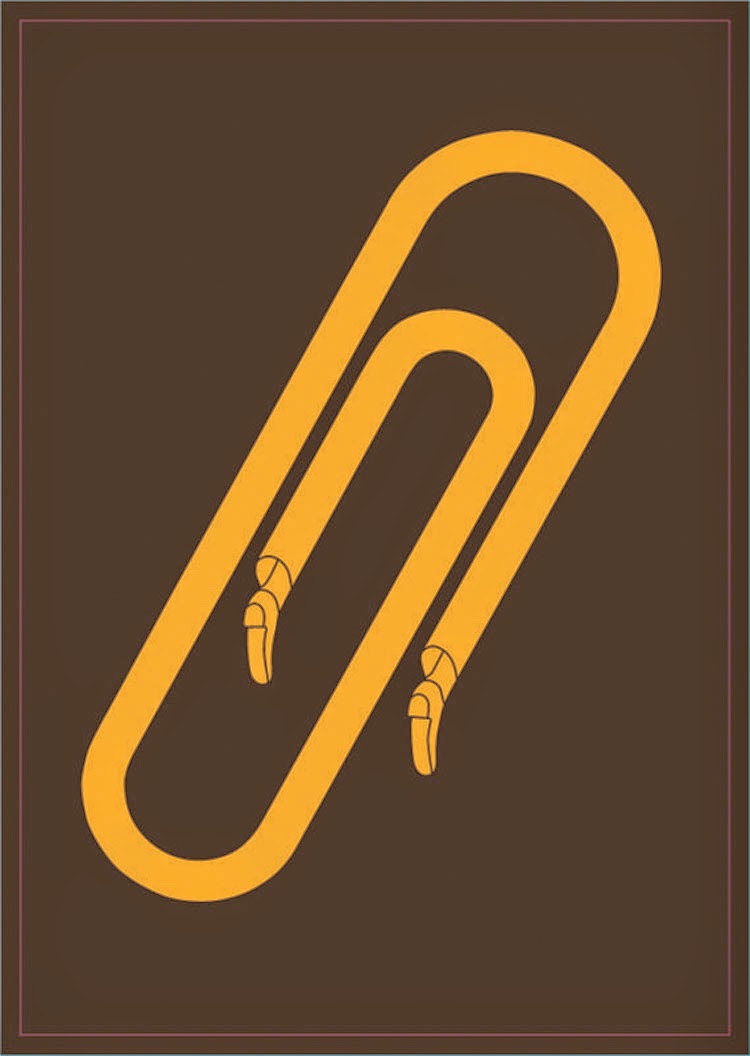 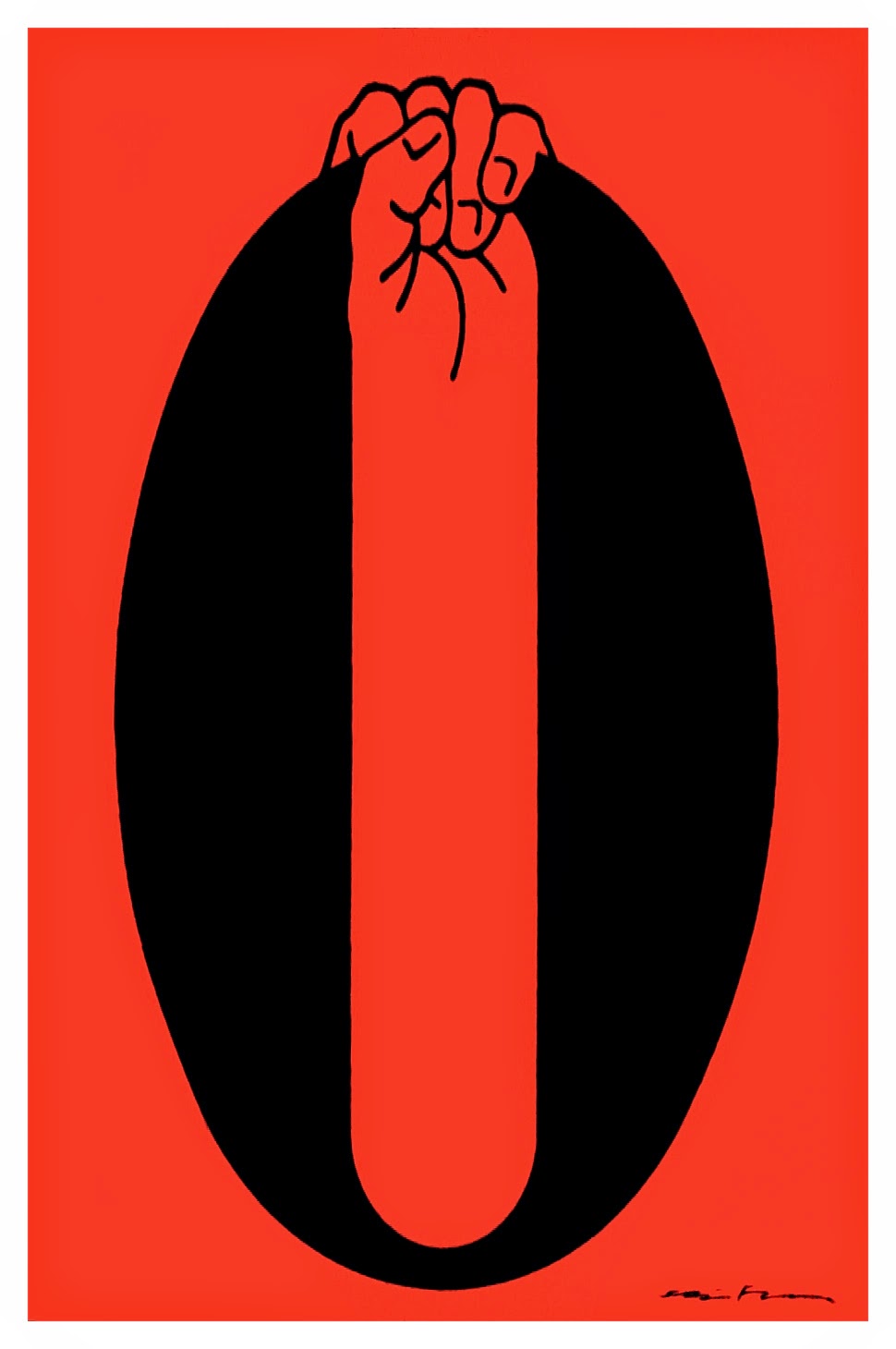 Using planes that are clearly flat and 2D with subjects which had undeniable weight and volume make them greatly appealing. 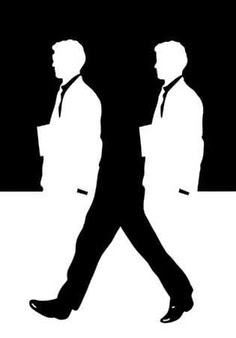 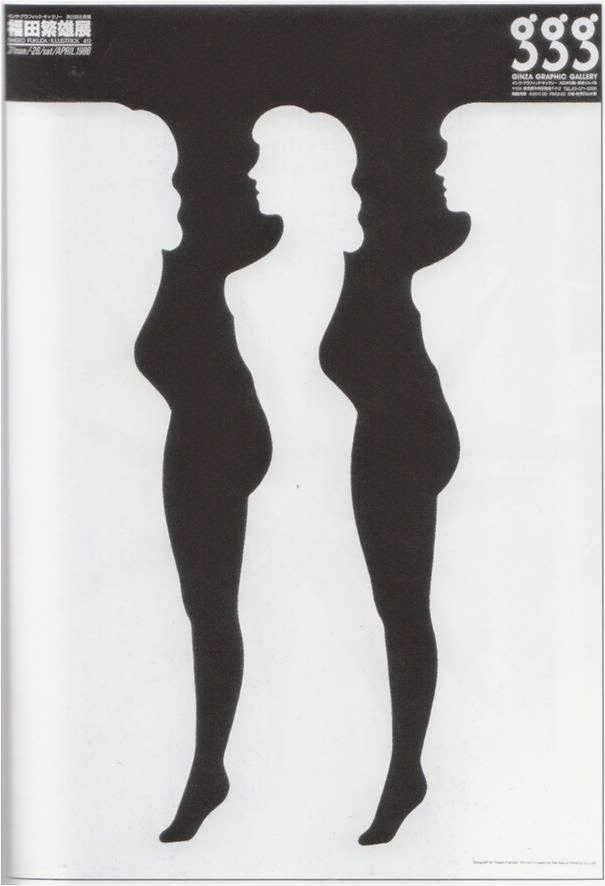 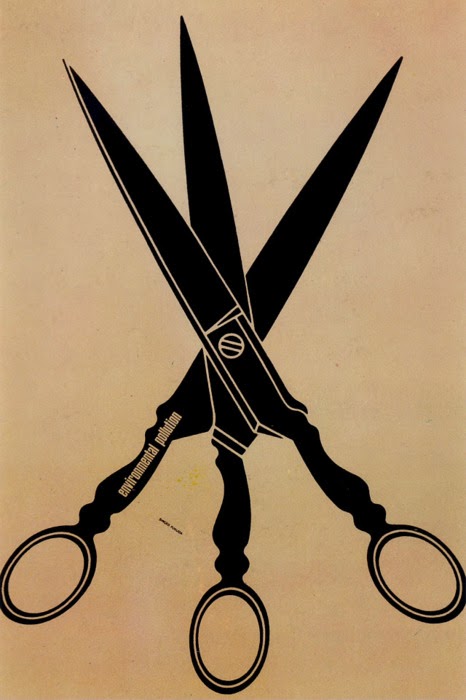 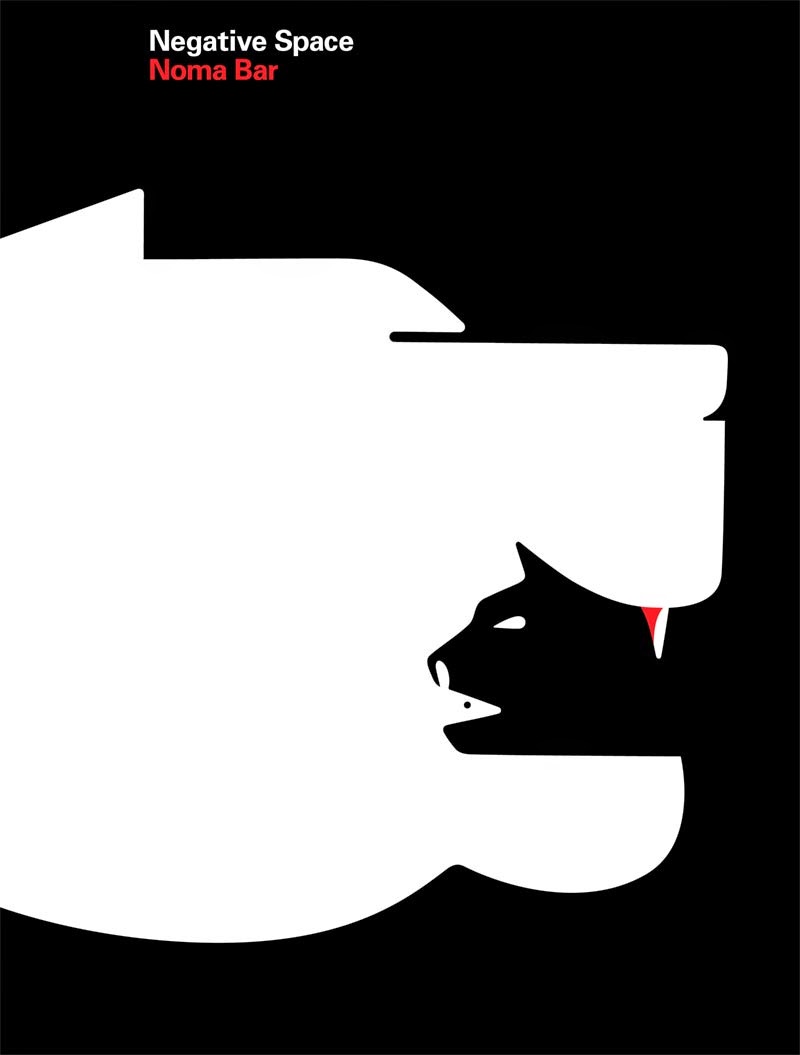 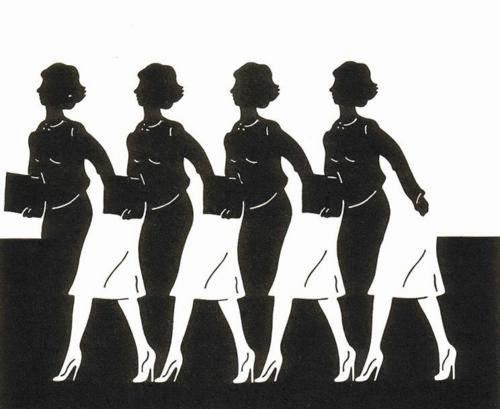 Some his work compels the eye to travel so well the images border on being animated.

Fukuda was quoted, "I believe that in design, 30% dignity, 20% beauty, and 50% absurdity are necessary.  Rather than catering to the design sensitivity of the general public, there is advancement in design if people are left to feel satisfied with their own superiority, by entrapping them with an optical illusion."

One of the biggest differences between Japanese and American animation is that in Japan, voices are recorded after the animation is completed and the Japanese actors do their best to fit the animator's work.   The traditional "Disney-way" of animation records the voice performance of the actor first and the animators animate following the energy given by the professional voice actors.

The result is an acting performance which is arguably more convincing.  The animator has the freedom to animate characters actually articulate what the character is expressing or emoting thusly creating a greater sense of believability.  There are few Japanese animation directors who animate in this style, "Akira"'s Katsuhiro Otomo being one of them.

When Disney films come to Japan they are often retitled.  "Tangled" retitled (?)  to simply "The Tower of Rapunzel"(とうのうえのラプンツェル)  and "Frozen" was retitled to "Anna and the Snow Queen" (アナと雪の女王)

Titles you can get away with tweaking to fit your audience, but dubbing the voices isn't as easy.  Meanings can be completely lost easily and the clash of a foreign language on top of another performance from a completely different language can look and sound awkward.

In the case of "Frozen"'s  "Let It Go", even if one could translate the meaning exactly to Japanese, it's highly unlikely the mouth articulation would match in English.  To the credit of the Japanese director and translator they were able to find the best match for the Japanese translation to the English mouth articulations.   So "Let It Go" becomes "Ari No Mama De"  ありのままで which roughly translates into "Be As You Are", but the title "Let It Go" remains the same. (Performed by Takako Matsu.  A Japanese translation can be found here.)


In the past, films Disney films with song numbers in Japan would simply be played in English with Japanese subtitles below, but the rest of the film would be played out with a Japanese voice-over.

To Disney's credit, during it's heyday during the 1990's translations were made for other countries way beforehand.  For example, the songs for Disney's Tarzan was distributed in over 30 different countries with Phil Collins doing versions in German, Spanish and French.    (The Japanese version was done by Masayuki Sakamoto)  In this case they were lucky as the songs were played over the action montages of the film.    No loincloth song and dance number for Tarzan.

A Critique of Modern Art.

"A writer should be able to write simple sentences before he tries to be a poet."   - Andy Rooney.

Why Does Japan Love Disney So Much? 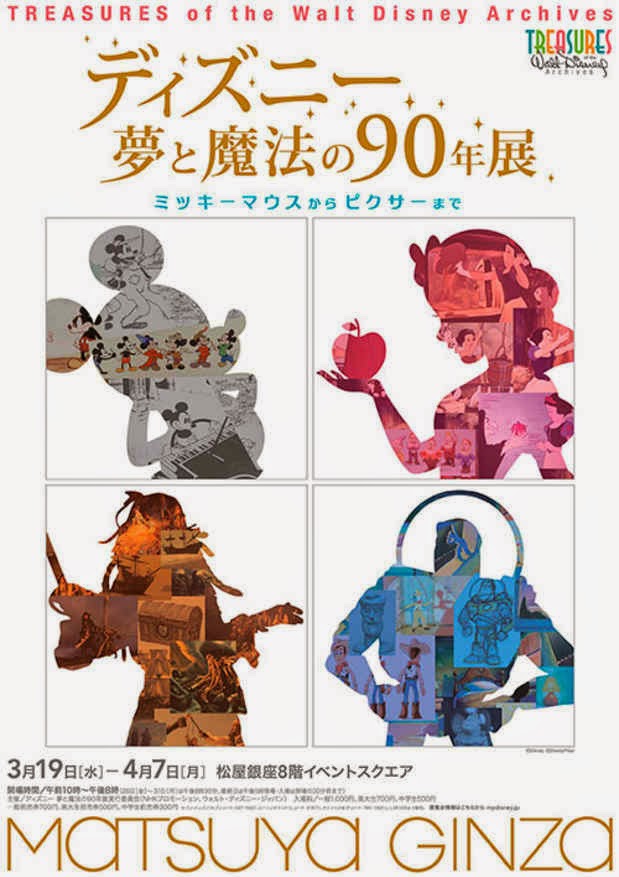 Matsuya Ginza department store is holding yet another Disney event on it's exhibition floor in Tokyo's Ginza district.   Disney's 90 Years of Dreams and Enchantment.  Definitely worth taking a look.

There is a story about Walt Disney who sat through a storyboard pitch for a cartoon involving Mickey, Donald and Goofy by one of his directors.  The director decided to take a different turn in the characteristic approach of what Disney's headline trio were known for.  I'm certain as in many cases the director was nervous about approval from Walt.  However during the pitch, Walt apparently couldn't restrain himself from laughing at the gags proposed in the cartoon.  Even to the point where Walt was in tears from the laughter.   Surely the director had a "hit" on his hands.

The director closed his pitch and likely waited for Walt to catch his breath and wipe the tears from his face before asking, "So you like it right?!"

"NO", Walt responded.  "You killed my characters!"

Despite the fact the fact it was funny it was a string of "gags" that likely could have been done with any character and it out of the context of the individual characteristics Mickey, Donald and Goofy were known and appreciated for.

The anecdote is because (and this is not a criticism) but you couldn't stand anywhere in the exhibition without hearing   Kawaiiiiiiiiiiii!  (Or, Cuuuuuuuute! In English) squealed  every 30 seconds by not just Japanese schoolgirls but greatly housewives and OL's (Office Lady).    Again it's no criticism because Disney characters ARE cute and appealing, but there was no further elaboration about what exactly is "cute" about them outside of how they are rendered.    I hope the greater appeal is in what they DO not just how they look.

(The Walt Disney anecdote above can be found in the volumes of Didier Ghez's, "Walt's People".)