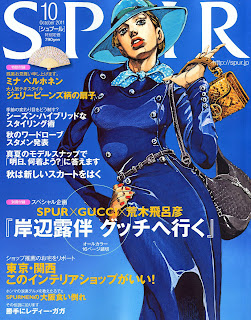 Johnny-Come-Lately again, BUT at least this time, you have two days left to catch this.
Anyone remember the anime or manga series Baoh? JoJo's Bizarre Adventure? If art, animation, illustration, Gucci or fashion stirs anything in you, this is something you might want to check out.
Observing its 90th Anniversary (80th Anniversary in Japan), Gucci has collaborated with manga artist Hirohiko Araki in connection with his 30th Anniversary (in the business I have to assume). I was more familiar with the anime and manga series, Baoh which was published back in the late eighties in Japan but didn't get translated for U.S. audiences until the early nineties.
This might not seem like the obvious match up, but maybe fans of the manga or anime, JoJo's Bizarre Adventure might know that Araki has named some of his characters after famous fashion designers. To his advantage, there even an echo of his characters in the Gucci logo as one part of the JoJo's story it set in Italy and JoJo is known there as "GioGio". (Is that reading too much into it?)
I blogged earlier about the death of illustration in light of the way film poster art has been hijacked by Photoshopped photography. But things like this bring optimism that the powers that be understand illustration and the hand-drawn line still has a significant impact on people. American comic artist J. Scott Campbell did a similar comic art/ fashion collaboration with Express Jeans in 2003 and Hogan Milan Fashion Week in 2007. Dig around, I'm sure you'll find images. 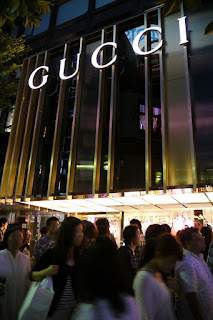 The exhibition hall showcasing this work can be found at the GUCCI Store in Shinjuku, Tokyo....until, ah, October 6th. There you will find original artwork and illustrations by Araki as well as a full sized figure of the JoJo's Bizarre Adventure character, Rohan Kishibe. Also if you're in town grab a copy of the October issue of Japanese fashion magazine, Spur. Inside is a 16 page manga of "Rohan Kishibe Goes to Gucci". 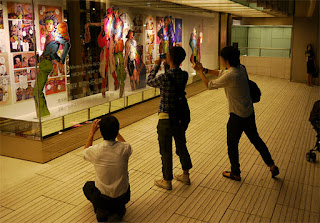 If you can't get to Shinjuku in the next couple of days, or get a hold of Spur, I've included images from the magazine and the event below. Enjoy. 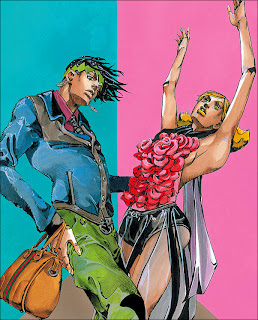 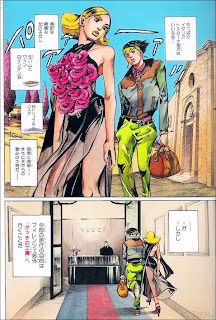 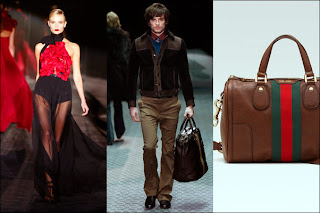 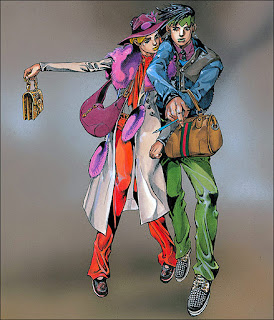 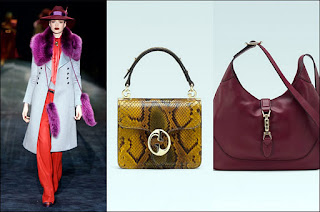 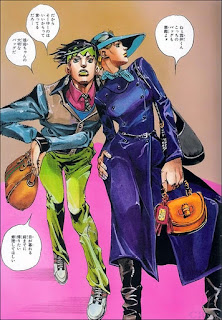 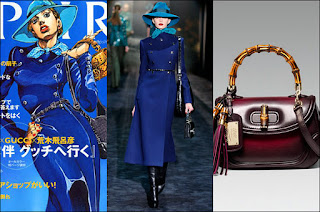 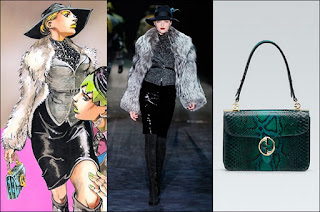 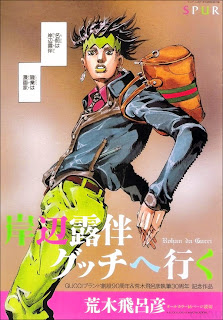 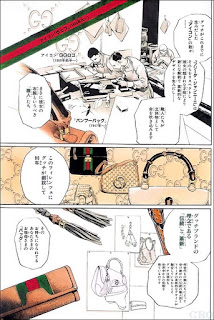 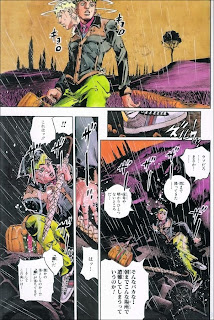 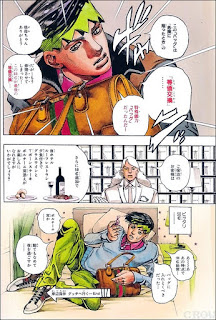