From the Sketchbook: What I saw yesterday....

A quick doodle of what I saw on the street by Takashimaya  yesterday.  Priceless. 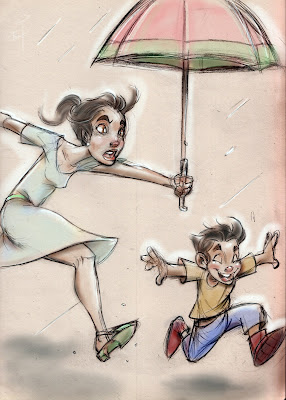 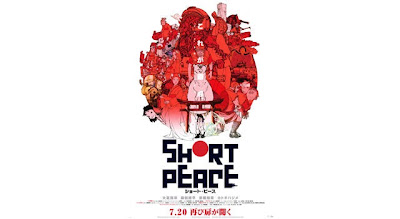 4 short films in total, each story using a combination of handrawn animation and computer animation.  In the past, there were reservations about how these handrawn/ CG fusions were done as both mediums clashed against each other battling for attention.

In most cases it worked, especially Tsukomo (九十九) which arguably stole the show. 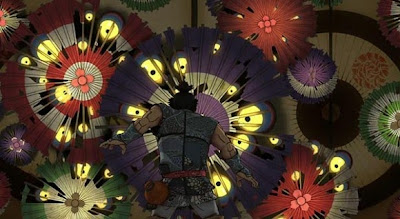 Ootomo's films were great and particularly thoughtful towards Japanese culture of the past and future. They didn't exactly have the the great acting animated performances that Ootomo's "Akira" had but it they still delivered compelling visuals.  The timing for Farewell To Weapons / Bukiyosaraba (武器よさらば / ぶきよさらば) is interesting as some political groups in Japan have recently been pushing for the formation of a Japanese army. (Japan's WWII peace treaty states Japan is not allowed to have military forces of any kind....save it's defense forces)
People not acquainted with Japanese history (current or past) may find "Combustible" anti-climatic.   Even the correct title "Hinoyoujin" (火要鎮 / ひのようじん) will not make sense to anyone unless they know something about the severity and seriousness of fire prevention during Japan's Edo period.  Arson was amongst the highest of offenses in Japan, punishable only by death.  The story was likely based on the story of Yaoya Oshichi.

For its art direction alone, Combustible is worth seeing as I've never seen a fully animated piece done in the style of a Ukiyo-e illustration.