The Harimaya Bridge is available... so what movie are YOU going to see? 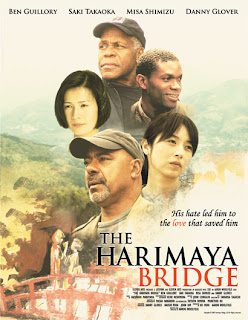 Four years ago, I had the honor of being one the many who helped this film come to life. But The Harimaya Bridge had its inception as much as more than ten years ago. Proof of the reward of perseverance.
This feature film is now available via video on demand (VOD) on most cable and satellite systems in more than 100 million households in the U.S. and Canada.....how cool is that??
The Harimaya Bridge stars Ben Guillory, Saki Takaoka, Misa Shimizu, and Danny Glover (who also severed as the film's producer).
The film is about American man who must go to rural Japan after the sudden death of his estranged son there, and the secrets he discovers his son left behind.
The film had a nationwide release in theaters in Japan and a limited release in the U.S. The LA Times called it "powerful" and "a unique, complex, consciousness-raising accomplishment". So you don't have to just take my word for it because I worked on it.
YES, I am going to drop the "S" word: SUPPORT good films. This is Summer we are assaulted by countless tentpole movies like: Transformers 3, Pirates of the Carribbean, whichever superhero movie you want to pick.... Fine all well and good, but if you want something that is entertaining as well as something you can say was time well-spent, well you have a choice...
Learn more here:
http://www.gravitasventures.com/the-harimaya-bridge/
http://www.theharimayabridge.com/
http://www.facebook.com/TheHarimayaBridge
Please watch, and please help spread the word. Thanks! 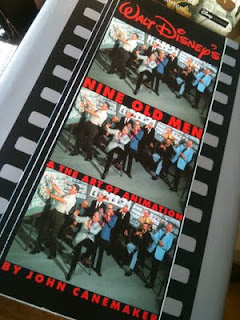 Just finally read John Canemaker's, "Nine Old Men and the Art of Animation". So well written and good reading. After reading this as well as several volumes of "Walt's People" edited by Dider Ghez, this just confirms for me how compelling and dramatic the lives and relationships of these artists were. I still say these stories (as well as other noteworthy people at Disney's) would make an awesome biographic miniseries. There's sexism, substance abuse, racism, backbiting, competitiveness but above all that you have this art form rising above all that to tell great stories.

Who wouldn't be interested in seeing the stories of the people who literally created modern animation as we know it? Especially noting the heavy drinking, chain smoking, foul mouthed, competitive atmosphere at the old studio in contrast to the "Mouse and Fairy factory" image the general public has.

Again as I noted this somewhere in some forum before but someone responded that today's Disney executives would probably never let it happen for those very reasons.

Anyway, it's an idea. That's where all things begin. Naysayers or no.