iPhones. iPads. iMovies. iMmediacy.
Looking at the iPad (which looks great...I want one), I thought of ALL the features that are to supposedly "free up" and maximize our time....ebooks, infinite and instant music access, email, downloadable movies....just what are we doing with all this extra time we're supposed to be getting?

When was the last time you actually wrote a letter to someone? With pen and paper...? I saw an exhibition of the works of Pierre-Auguste Renoir and his sons Pierre and Jean here in Tokyo. The last piece was a handwritten letter written by one of his sons. The letter was nothing more than, "Hello papa, I'm taking a walk with my son today and I'm thinking of you." Simple, poignant, and most of all tangible because it was written with his own hand. A precious moment (now historical because of these two great artists) that we had the the privilege to share.
Imagine what would have been lost if that was sent as a text message.
Filmmaker Ken Burns noted the things that we appreciate most....accrue in duration. "The things we have given our best attention to.....the human eye can receive an image in a fraction of a second, MTV tells us that all the time. But what does that mean? Does it have meaning at all? I'm suggesting it doesn't."
People are not being allowed to really to digest. To fully taste.
That magic you feel when you give your FULL attention to a film you're watching has been lost to stopping it anytime you want, uploading it to your iPhone or iPad and watching the rest on the way to work. Think of your favorite movie going experience. (Do people have these anymore??) During that time you were a "captive" for those two hours. No pause. No fast forward.
If you had stories read to you as a child. It was somewhat magical in a way. Because you couldn't stop the story or fast forward it. You had to take it in and listen. And we did so very willingly.
I predict at some point people and the way they decide to receive media HAS to slow down.
I wonder if this is contributing to the fact that movies are so superficial these days. Are filmmakers developing their films with the mindset that ultimately their works will be reduced to iTunes content? Bad movie or not, even I don't think J.J. Abrams wanted people's first experience with "Star Trek" to be on an iPod, much less an iPad.
That was one brilliant thing about Disney (can't seem to make a blog post without mentioning Disney) re-releasing films only once every seven years created a sense of "magic". The fact you had to wait until the next time came to theaters made people's anticipations higher and their memory of the film even greater. Reducing it to a 700MB. file gives people kind of "disposable ownership". And it's easily disregarded.
Anyway, next time you come away hyped from the last movie trailer you just saw, or fast cut movie --- try asking, "What did all that mean?"
"No, no, don't cut (away)....look. Hold...hold. The meaning accrues in duration."
- Ken Burns
Posted by Ki Innis at 7:52 PM No comments: 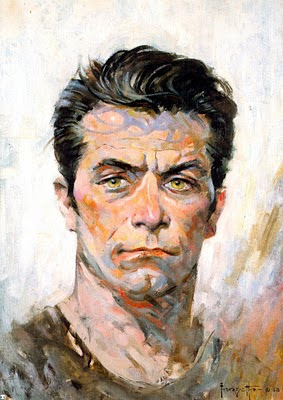 Frank Frazetta, hands down, heavyweight champion of fantasy artists/ illustrators of the 20th century passed away today. His work permeates the fabric of what modern fantasy art and illustration is today. The influence of his work can be seen and felt in the composition of countless other fantasy or sci-fi illustrations and comic magazines. Whether it is said or not, films from "Conan the Barbarian" to "Disney's Tarzan" and even "Avatar" owe credit to Frank Frazetta's work. 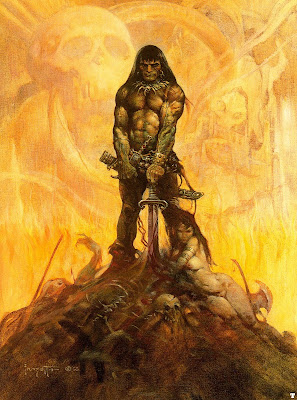 His paintings like "The Barbarian" (called by some "the illustration of the 20th Century"), greatly contributed to the image of the "anti-hero" replacing the face of heroism in the past 40 years.
His only screen credit was as the producer (and art designer) of 'Fire and Ice", an animated feature he collaborated with animator Ralph Bakshi in 1983. Film producers such as Dino De Laurentis, John Milus, Steven Spielberg, George Lucas and even Disney have all either attempted (and failed) to get him to work with them or admitted they were great admirers of his work.
Without Frank Frazetta, fantasy/ science fiction, in every medium, art, illustration, comics, animation or film would not be what we know it as today.
Mr. Frazetta, thank you so much.
Posted by Ki Innis at 3:07 PM 1 comment:

Hold Up A Mirror and What Do You See? 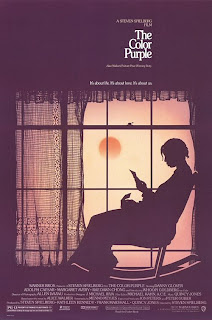 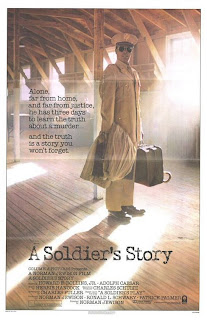 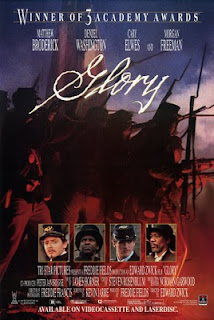 I remember in 1991, director Spike Lee fought tooth and nail, petitioning the do the biographical film, "Malcolm X". The banner of his campaign was that the story of Malcolm X had to be told by an African American person and not a white American.
Emotionally, I can see how Spike felt he was "obligated" to fight for this movie. But in on a creative and honest level, sometimes the best person to tell your story is someone else with an objective point of view.
Three directors come to mind: Norman Jewison (director of in the Heat of the Night and original director slated to direct Malcolm X), Edward Zwick and Steven Spielberg. All three have directed films (A Soldier's Story, Glory, The Color Purple, respectively) that arguably are amongst the best films depicting aspects of the African American experience.
Indeed, there are things that all these directors would never just "get" because they didn't grow up black in America. However, they do understand people and relationships. And they do have the liberty of being able to look at people or cultures objectively. Including some of our closely guarded idiosyncrasies.
Even Ralph Bakshi's "Coonskin", (as coarse as some people view this film) contained some levels of honesty through a twisted caricature of Harlem's underworld in the 1970's. A caricature that no black American would dare to do then or today.
I heard once, "Truth is, when you do an autobiography, intentional or not, you are going to tell your story "your" way. And you are going to paint the face you want to see and leave out things perhaps you don't want others to see."
The best person to edit your work is always another person with fresh and objective eyes. Sometimes the same can be said of those who are going to tell your story.