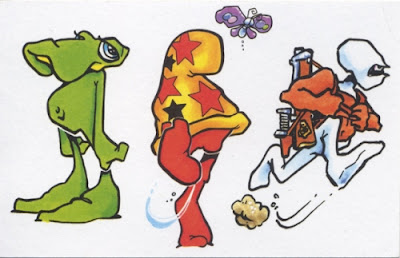 Inner city NYC kids in the 1970's and 80's who had any drawing talent often carried not a sketchbook, but a black hardcover 'tag book'. Tag books were saturated from cover to cover with illustrations bleeding with color done in magic marker. This was a sketchbook for graffiti art. A 'tag' referred to a graffiti artist's nom de plume. Which usually was the subject of their art pieces found on subway cars.

Animated cartoon characters such as the Looney Toons, Disney and Marvel characters would often appear alongside these huge graffiti mobile murals, but the cartoon artist that arguably influenced graffiti art the most was Vaughn Bode. 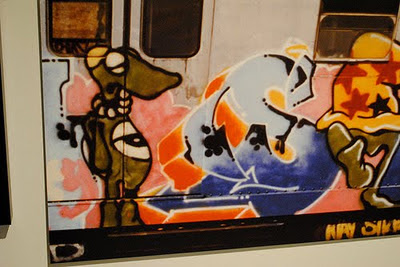 Bode's characters Cheech Wizard, Lizard, Cobalt-60 or his voluptuous "Bode girls" like Belinda Bump were staples of graffiti art. Bode influenced many young urban artists to pick up a pencil (or a spray-can) inspiring them to create.

Bode entered the NYC underground comics world in the early 1970's along with his peers like Robert Crumb. Vaughn Bode called himself a "graphic animator" and and greatly desired to be an animator at Disney's. After a stint in California, Bode he made several unsuccesful attempts to enter the animation industry. This was pre-1975, roughly around the time Disney started its first animator training program.

It's only poetic justice that only a couple of years later Bode's work would inspire an animated feature film based on his illustration style: Ralph Bakshi's 1977 animated feature, "Wizards". 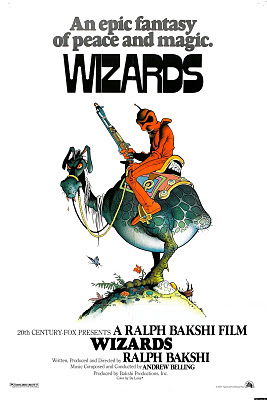 2012 is the 35th anniversary of "Wizards". A commemorative blu-ray and new book will be available later this year as noted on Cartoon Brew.

Below are three videos of a rare interview with Bode in 1974. (Thanks to mollybode on YouTube) He talks about turning down Stan Lee, his feelings about Disney and also mentions his friendship with the fantasy illustrator Jeffery Jones. (Catherine Jeffery Jones).

Vaughn Bode is the patron saint of all graffiti artists around the world and still continues to influence artists today. Vaughn Bode died in 1975. His son Mark continues to create art in the same style and spirt of his father.