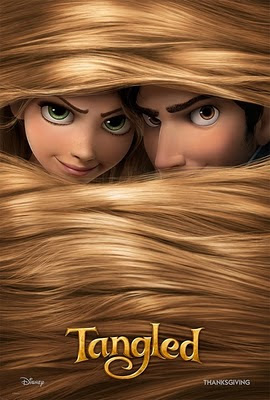 Starting in the 1970's, the hero was replaced with the anti-hero. John Wayne became "The Man With No Name". "Superman" became a lone killer called "Wolverine". Star Wars babies didn't want to be Luke Skywalker, but Han Solo. People started identifying with characters who can say or do whatever they want, get away with it, and look cool doing it.

The jaded, wise-ass, or bad-ass does have its appeal. To our enemies we want to be Clint Eastwood's "The Man With No Name", but when it comes to our friends, we'd rather be the powerful but benevolent, Superman.

So, "Where's the goddamn warmth?!" "It left with the money and the jobs." a friend noted. What was once "Rapunzel" has become "Tangled". (there's a pun in there somewhere) The name change for "Tangled" was a marketing decision to appeal to male audiences. Perhaps "The Princess and the Frog"' lackluster success had something to do with this. Who knows. But no one felt a need to change the title of "Beauty and the Beast" did they? 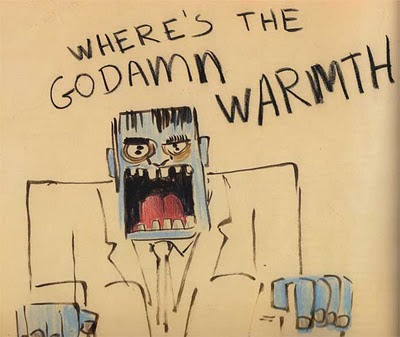 When "The Great Mouse Detective" was in development, the original notion was to go with something akin to parody and satire. Hence the caricature of former Disney CEO, Ron Miller's reaction by storyman, Joe Ranft.
Just an observation we see more satire than sincerity these days. And if we do see kindness, truth, or ethics often it's served or packaged with sarcasm for people to digest it. 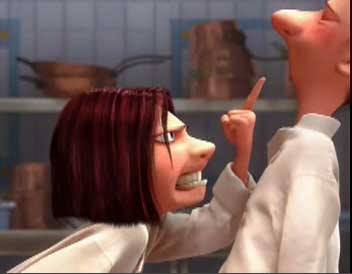 Not to sound totally negative, Ratatouille and How to Train Your Dragon were great films ----(despite having seriously contentious female leads who bully the male leads throughout the film....if people are so worried about what kids read into, why doesn't anyone say anything about that?) ------I digress---- Both had plenty of sincere and honest moments.

But there's the converse with "The Princess and the Frog" which was ham-handed with communicating a "message" to the point of being didactic.

In Japan there is an expression: "平和ボケ" (Heiwa Boke) which means "Peace stupid". Japanese are not interested in being contentious because well....things are quite peaceful and balanced in Japan. "The Dark Knight" bombed with Japanese because frankly, "the anti-hero" is just not a popular concept and people usually just don't "get it". There's nothing really people feel a pressing need to fight for.

What does that say about Americans? Rebellion, discontent is in our blood and our culture. Our government is founded on that. However, what was once "Don't Tread On Me" in American thinking, became "We Can Do It!" optimism in the 40's and 50's, but it has become "Don't Tread On Me" again.

Ramble is over. I'm looking forward to seeing Rapunz--"Tangled". I'm sure it's going to be good. This observation is more on how films are being marketed to get people's attention, not so much the content. Rapunzel in the movie poster hands down the the "toughest looking, kick-ass" Disney Princess to date.