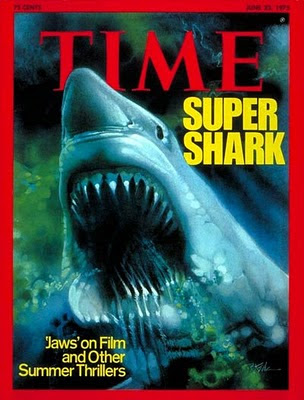 Hollywood is truly the land of sharks indeed. Ha. Ha.
In 1975, I begged my father and mother (I'm dating myself....I was 4) to take me to see the first movie I remember. Steven Spielberg's, "Jaws".
This was the birth of the summer blockbuster. Others would follow. Star Wars, Raiders of the Lost Ark. In the 70's and 80's never, and I mean never did Hollywood imagine a film making several hundreds of millions of dollars at a time like this. Movies grossing ten, fifteen times it's budget. The concept of "movie franchise" was still undiscovered country.
James Cameron's "Avatar" grossed almost $1.5 billion dollars in almost less than a month of its release.
What kind of Pandora's Box (no pun intended) has been opened? What expectations of success are going to be expected in the future? Don't get me wrong, who doesn't love money? But is greed going to win out over....yeah, I'll say it: integrity?
Thanks to a friend, I discovered a great documentary called, "Dream On Silly Dreamer". A 40 minute documentary about the "death" of traditional animation at Walt Disney Animation Studios greatly in part to....yes, the blockbuster.
After viewing this, Hollywood and Disney executives would do well to revisit one noteworthy classic fable: "The Goose That Laid The Golden Eggs".
If you search around "Dream On Silly Dreamer" can be found on the net in its entirety. But I recommend buying the the DVD.
Posted by Ki Innis at 9:55 AM No comments: