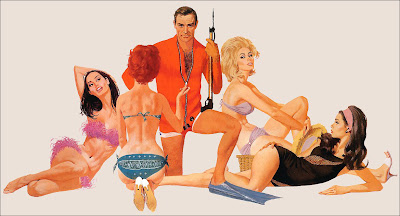 "An artist is a one-man theater.  He or she conceives the plot, writes the script,  stages, directs,  and acts out the roles.  In my career, I have covered an enormous range of subject matter and hope to never be confined to just one.  But to the community of art critics there is something unsettling about about a person who won't be indelibly stamped with a narrow label. "   - Robert McGinnis  (The Last Rose of Summer)


ROBERT MCGINNIS is not just an illustrator but an artist who deserves to be a household name just as Norman Rockwell or even Andrew Wyeth.

Responsible for more than 40 movie posters (such as Breakfast at Tiffany's and Barbarella) his artwork was the last (and possibly the first) driving force to make movie-goers put down money for that movie ticket.

In an age of digital dependency,  illustrated movie posters are rare today.  (See previous blogs:  Bob Peak - Father of the Modern Movie Poster )  However an illustrator can bring more to the subject matter than a photograph, altered or not.  Sometimes skin-pore depth realism is not always what stimulates the imagination.

Robert McGinnis is a significant contributor to the modern James Bond myth as he painted and illustrated seven James Bond theatrical posters. Half of which during the defining 007 Sean Connery years.

McGinnis, didn't simply illustrate scenes and faces from the film, but he gave an artistic "thematic sense" of what to expect from the story and the characters as well as adding his own slight personal artistic insight and touch. 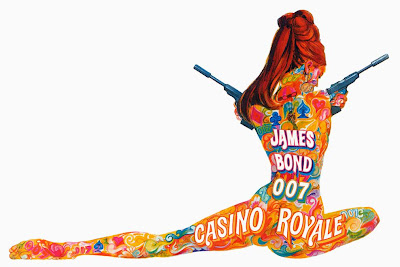 His women have a heightened appearance of sensuality that can more haunting and appetizing than a simple photograph.  His illustrations touch the imagination and the deep sexual psyche.  Sultry eyes, perfect hourglass silohuettes, slightly elongated legs is the stamp of the Robert McGinnis woman. 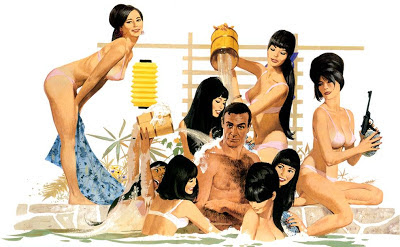 His concept of using tarot cards for Live and Let Die was a brilliant compositional choice as well as a boldly creative statement about the film.   A choice elevating the poster from a disposable advertisment,  to a work of art. 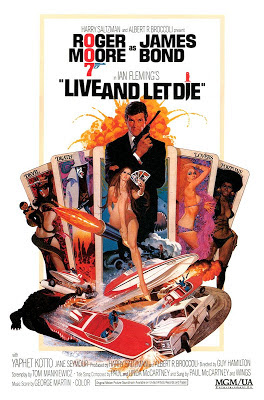 Works of art people like to keep around and revisit and again and again.  The same can't be said for something that simply wants to sell you a just product.   More to come on Robert McGinnis.  Much more to be said about his other movie posters and his 1200 (!) paperback illustrations. 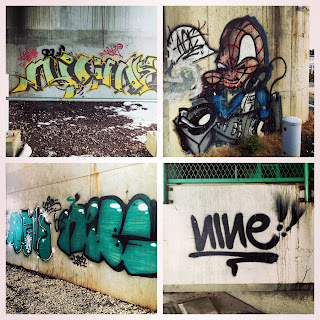 Was the father of graffiti Japanese?

Arguable, but it's pretty much accepted that modern urban graffiti art started with the graffiti artist Taki 183.  Despite a Japanese sounding name, Taki was in fact a Greek-American youth in the late 1960's who tagged his name all over the NYC landscape, setting in motion the underground culture which has snowballed to a global level.

Near my Japan residence, the Tamagawa Bridge has it's fair share of graffiti art.  It's doubtful my neighbors have the same fascination as I do since I can remember graffiti in it's early days in 1970's New York. 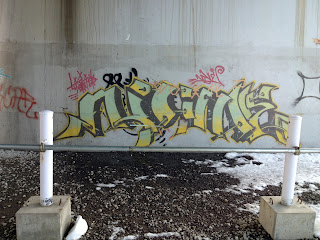 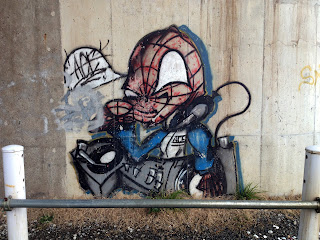 Graffiti in Japan is just as expressive, urban, rebellious and rhythmic as anything on the NYC subway trains before technology destroyed subway art culture literally overnight by the late 1980's.  Despite that, graffiti art has survived and grown exponentially since then. 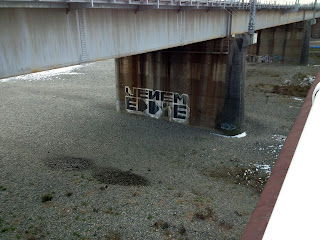 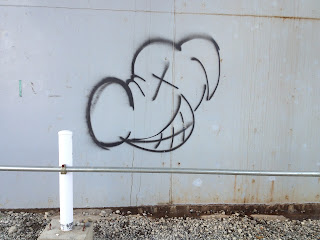 There are tag names, graffiti characters to be sure, but the use of Japanese kanji, katakana or hiragana is notably absent.  At least I haven't seen it.    It seems Japan's graffiti artists prefer western words or sounding names to Japanese ones.  However the picture below seems to be a combination of stylized kanji and hiragana. 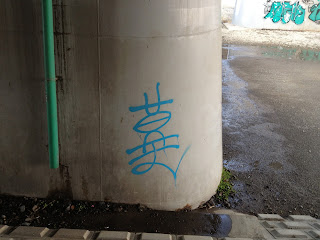 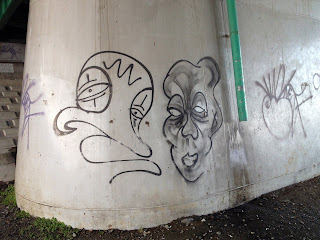 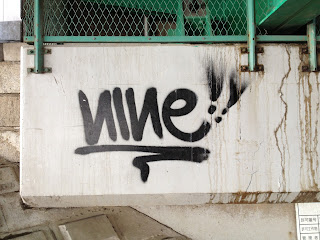 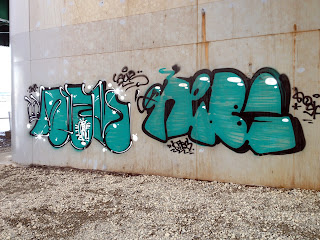 I am sure there are even more dynamic graffiti pieces to be found around Tokyo, but this is just a taste of what's in my backyard.   Below are two clips on graffiti art.  One historical, the other from Japan's perspective.