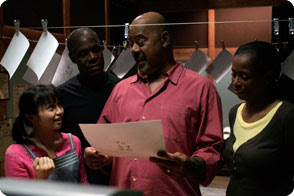 About a decade ago, up and coming filmmaker, (and I'm proud to brag, friend) Aaron Woolfolk participated in the Disney Screenwriting Fellowship. Today, he is in Japan celebrating and promoting the completion of his first feature film, "The Harimaya Bridge" starring Ben Guillory, Saki Takaoka, Misono, and Danny Glover. 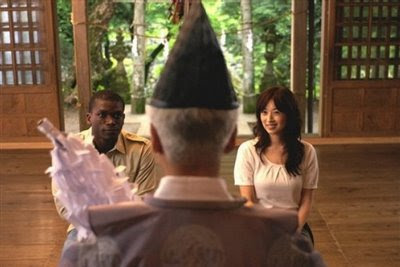 "The Harimaya Bridge" tells the story of an American father who travels to rural Japan after his estranged son is killed in an unfortunate accident. In doing so, he confronts his own prejudice about Japan seeing the lives his son has touched and learns a secret about his son's life as well. 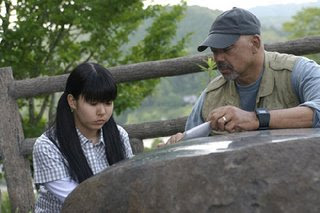 Aaron always spoke favorably of the Disney Screenwriting Fellowship. Filmmaking is a long, hard and arduous process. You need need all the help you can get and you take it whenever and whereever you can. The fellowship presented opportunities Aaron was able to maximize in making his vision come to life. 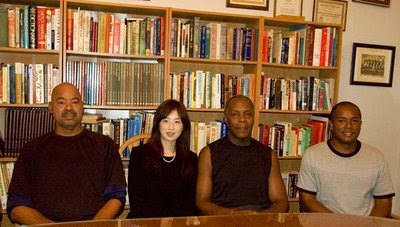 On learning the art, the business, meeting people within the industry, within the DSF, Aaron noted, "All of those things influenced me as I took "The Harimaya Bridge" from simply being a well-written script to being a viable project that people were willing to invest in. 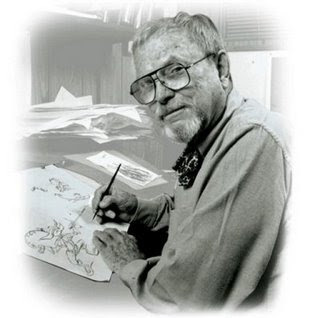 There was a great link on YouTube that had an interview with Charlie Rose and animation director, Chuck Jones. A great find where Chuck Jones elaborated on humor, drama, art, the Church of Mark Twain and the wisdom of fast pigs. 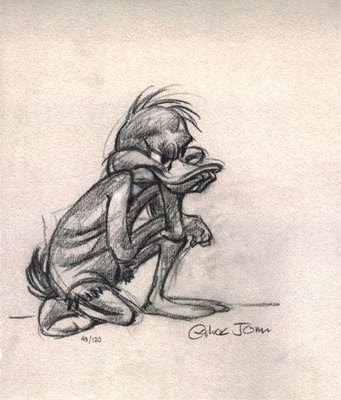 As good things never last forever it the clip was removed.   However I did come across several interviews with Chuck Jones for the Archive of American Television.  The interviews were conducted by animation legend, Tom Sito in 1998.  In total all six clips run about 3 hours long. 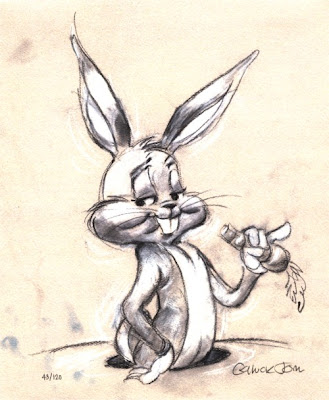 The interview was filled with priceless Chuck Jones anecdotes, insights on drawing,  anatomy, timing, his years at Termite Terrace and his short stint at Disney. 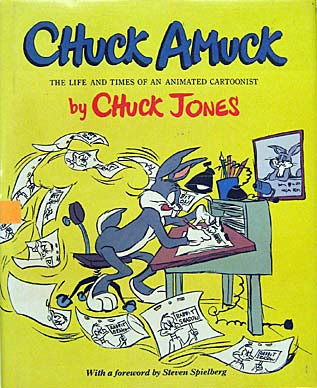 The videos are a perfect compliment Chuck Jones' autobiography, Chuck Amuck, (one of my favorite books) a great read for any artist, animator, filmmaker or anyone.

NOTE:  I noticed that the original links were removed, but I was able to find the new links and update them.  View them here but also please visit the original page on the Archive of American Television's website. 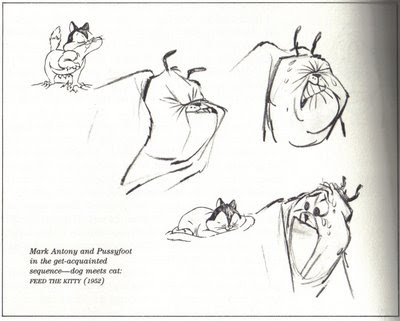 Where's that other 1/2 an hour? Sometimes you do get what you want.  I discovered that the Chuck Jones/ Charlie Rose interview has found another life on Charlie Rose's homepage. Enjoy!
http://www.charlierose.com/view/interview/7131
Posted by Ki Innis at 2:31 AM 1 comment: 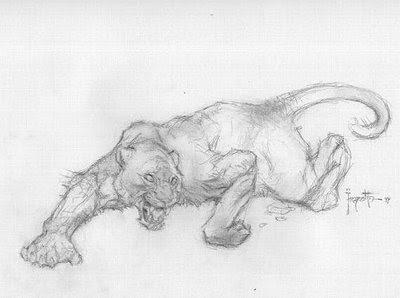 I was thinking what was a good way to kick off this vanity project/ blog. Incidentally, I've been whining to myself about my right shoulder which I injured earlier this week. No, I'm not crippled, but it is annoying and I've used it as an excuse to not draw for a couple of days.
Artist/ illustrator extraordinaire Frank Frazetta, detailed his many emotional and physical struggles in the documentary "Frazetta: Painting With Fire". Despite being near death, he found a way to still be creative, still produce. Even after suffering a stroke, and losing the use of his drawing hand, (his right hand), Frazetta still pushed forward by switching to draw and paint with his left hand instead.
Ralph Bakshi, also featured in the film made a very plain but poignant note that, "Art begins in the heart and the mind. You don't draw with your hand, you just don't."
Posted by Ki Innis at 1:55 AM No comments: