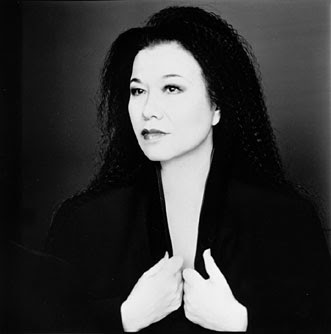 Her work is the antithesis of femininity in Japan. Her designs were always BIG and BOLD and sometimes a little BAD. Instincts say there will be a tribute to Eiko Ishioka during the 84th Academy Awards this coming Sunday. For those who she is not a household name with will likely say --- "Oh, she's the one who did that?". 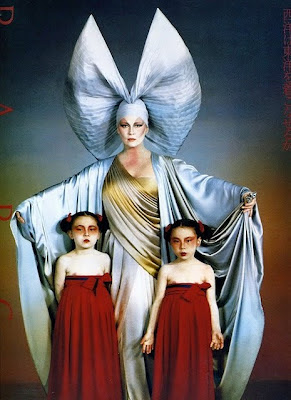 Whether it's Eiko's work for Francis Ford Coppola's Dracula, The Fall, Miles Davis' album design "Tutu", or even that Parco ad with Faye Dunaway eating an egg on camera ---- it's all there. The balance, energy and that statement that reads as her work is all there.
There was clear theatricality in her work. A magic that translated well to film. Ask some people and they will tell you the real star of Coppola's Dracula wasn't the actors but Eiko's costumes. Who's going be the Art Director for Tarsem Singh's films now? 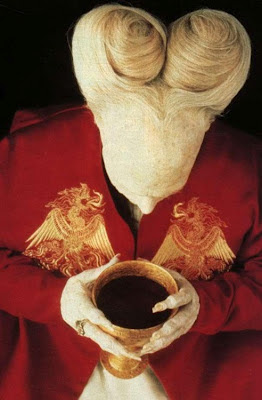 She never threw together random and clashing bold elements just to hustle your attention. She created a new mythologies that did away with traditional imagery but was faithful to the energies of the characters or set pieces. I feel she was not beyond caricature or absurdity. Not with the intent of lampoon. Simply her artistic editorial. 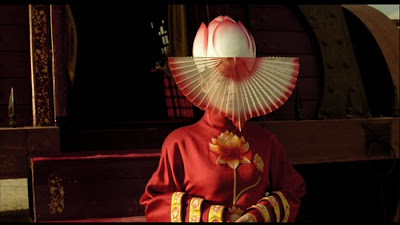 Some people do caricature with pen and pencil, some can do it with a camera. She was able to do it with fabric and materials.
Below is her obituary and perspective on her method madness in her own words. Eiko Ishioka Obituary, source: The Guardian.