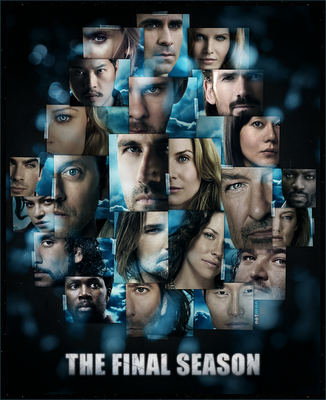 Remember that old gag on Seinfeld where they said the show they were selling was basically about "nothing"?

In light of shows like Lost, Heroes and movies like The Hurt Locker (which I really liked), I'm wondering if this is the future of American narrative and storytelling in film.
After watching the season opening of Lost's final season....(which recapped the entire 104 episodes of the series)....I couldn't help rolling my eyes (apologies if I sound insincere). But about 20 minutes into this "Lost cram session", it became grossly obvious that the story or plot (if you can call it that) was completely convoluted, incoherent, and sometimes laughable because there has been no plot.
What makes Lost work is one thing only: the relationships between the characters. Like the show or not, the relationships have been compelling.

J.J. Abrams brought this same type of "narrative" to Star Trek (2009). Paper thin, swiss-cheese plot....very well developed relationships between characters. Maybe that's why it was a disappointment for me. In my desperate childlike nostalgia for the original Star Trek, I have been addicted to the melodramatic, but clear plots, a touch of social allegory and the relationships (despite being strong, clear and consistent) were really sugar frosting for the original series. But now that is all in reverse.


The Hurt Locker came off to me as another virtual docu-drama with no "Point A to Point B" linear plot. It was structured with situations to stage character relationships, and "stream of consciousness" experiences. Virginia Woolf would have fit in this age well if she were a filmmaker.


It's not a criticism, just a question of is this the future of narrative in movies and television. In an age of docu-tainment, reality show and shakey-cam (my bane)....are people less interested in the magic and escape of a well told story?
Posted by Ki Innis at 4:27 AM